What is Malware and How to Remove It

What is Malware and How to Remove It 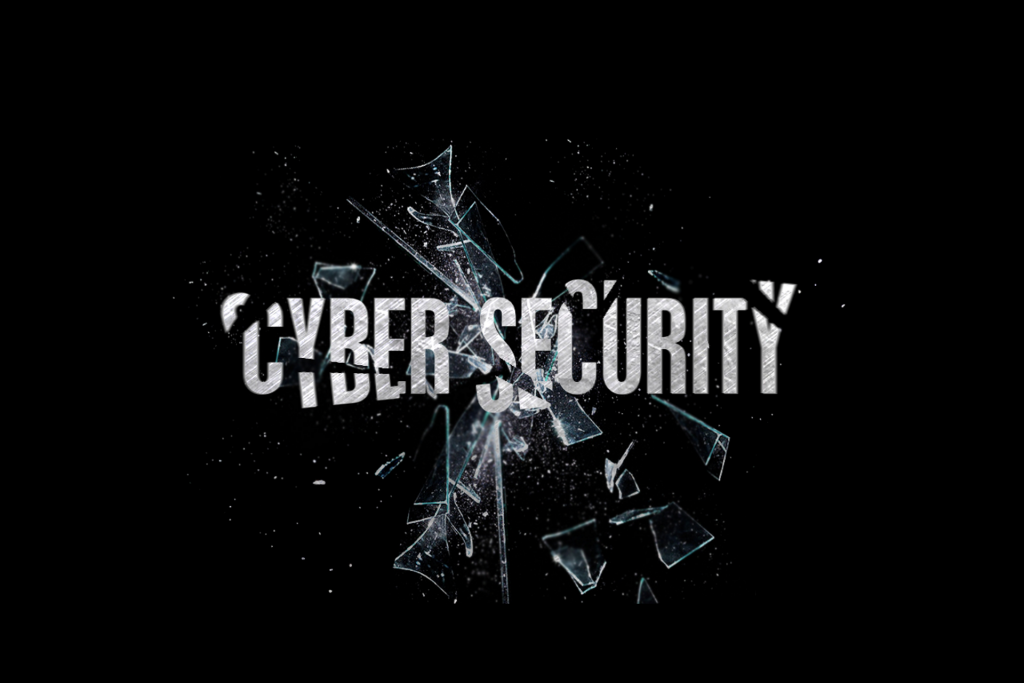 The average cost of a single malware attack for companies is $2.4 million. Moreover, organizations spend an average of 50 days to stabilize after the attack.

The alarming rise of malware attacks should not only concern us but also make us aware of its consequences.

Taking actions against the malicious activities has to be a priority if we intend to keep our information safe. Witty cyber attackers adopt new techniques every day, and they use different malware variants.

Malware has been a threat to businesses and even individuals since the 1970s. It became popular after the appearance of the Creeper virus. Since then, thousands of malware variants have been created, causing as much damage and disruption as possible.

In this article, we will shed light on malware definition and the different types of malware. We will also provide you with a guide on how to get rid of the malware.

Malware is a malicious program, software, or file which is harmful to the computer. Malware comes in different forms. It might be in the form of a virus, spyware, Trojan horses, worms, and much more.

The malicious programs interfere with the regular computer operation. They do so by encrypting, hijacking, stealing, or even deleting the user’s information. Some can even secretly monitor the computer’s activity without the user’s knowledge.

The different types of malware get into the user’s device in various ways. However, the most common method is through emails.

According to a PhishMe research, email is the commonly used method for cyber attacks. 9I % of malware gets to the computer through emails.

Some invade the device through links, while others can be delivered through special media or instant messaging.

As earlier mentioned, there are different types of malware. Each malware has a unique way of attacking and causing havoc to the computer. Discussed below are the main types.

This is the primary type of malware. Computer viruses affect the user’s clean code and insert malicious codes on them. When the unsuspecting user executes them, they spread widely to all the computer files and programs.

As a result, they interfere with the normal functionality of computer systems, corrupt files, and even prevent people from using their computers. Viruses are contained in executable files.

Worms affect computer systems. They have been in existence for a more extended period than the viruses, and they are spread through emails.

When one user opens an email containing a worm, the entire connected systems in the company gets infected.

Many hackers use Trojans as their weapon. This is because the Trojans resemble legitimate programs. They, however, contain malicious instructions.

The first Trojan was discovered before computer viruses, and thus they have infected many computers. Trojans are transmitted through emails.

The most popular type of Trojan is the fake pop up that claims that your device is infected. It directs you to an artificial antivirus program and instructs you to clean your device with it. When you follow the instructions, your PC gets infected.

Commonly known as a scareware, ransomware locks down an entire computer network. It locks out all the computer users until they pay a ransom. Cyber attackers use ransomware to attack big organizations due to the impact it brings.

They do not only attack businesses alone, but also individuals and governments. Ransom attacks don’t seem to slow any time soon, and thus, they will costs businesses more than $11.5 billion in 2019 alone.

Just like the name suggests, spyware is used by people who want to spy on the activities of others. In the targeted attacks, cybercriminals use spyware to find the passwords or the intellectual property of others.

Unlike the other types of malware, it is easy to remove spyware once you notice it on your computer.

You have most probably come across adware once or more when using your device. Adware capture the user’s attention through malicious advertisements.

They direct the user’s browsers to other fake pages containing false product promotions. When the user clicks on them, the malware gets to the computer.

This is similar to adware. The only difference is that malvertising uses legitimate networks or ads to deliver malware. The cyber attackers pay an authentic website to place an advertisement on them.

When the user follows the announcement, they get a code that directs them into a malicious website. In some cases, malicious software may automatically download itself on your computer.

Warning Signs That Your Device Has a Malware Infection

Some of the warning signs include:

A slow running computer is a common sign that the device has a malware infection. Are your computer programs and systems taking longer to start up? Have your general computer operations become extremely slow?

If that’s the case, then your device may have a virus. It’s however advisable to check if there are other causes for the slow operations. For instance, you can check if you have run out of RAM.

You can also check if the hardware is damaged. If you can’t trace any problem, then it will be right to assume that your computer is infected with malware.

It is not normal for a computer to keep on experiencing frequent crashes. If it suddenly starts crashing, the device might be a victim of computer malware.

3. Automatic Opening and Closing of Programs

Some types of malware cause automatic closing and opening of applications. However, before you assume it is a malware, check if the programs are compatible with your computer.

Some behave that way when they don’t integrate well with the device.

Some malware manipulates the files you have stored on the computer. They usually fill up the drive with malicious files and take up all the space.

If you find any strange storage file or program on your computer, don’t open it. It might be malware. Instead, copy its name and search it over the internet.

If it’s a malware, find the best way protect your computer against it.

Take it as a red sign when your hard drive or modem start working excessively when you don’t have running programs. Scan the computer to clear your doubts.

6. Pop-Ups, and Other Unwanted Programs

Unwanted programs and adverts are irritating signs that your computer is infected. As earlier mentioned, most pop-ups come from suspicious pages, and mostly appear on Facebook or email.

Your computer can easily get infected once you click on them. Other pop-ups even promise cash rewards. Once you get them on your computer, install antivirus software immediately.

Do your friends tell you that you have been sending them suspicious links through email or social media? If so, someone might have installed spyware on your computer. You can solve this by creating strong passwords.

Most people fall victim for the malicious apps, as research show that more than 10,000 people download malware without knowing.

It is also sent through malicious links from text messages or emails. Others are transmitted through wifi and Bluetooth connections.

Signs That Your Mobile Phone Is Infected

Some of the common signs include:

Unexplained data charges: Malicious phone viruses can send tests or even make calls using your phone. So, if you notice such charges on your phone, look at your messages to find the cause.

Overheating and poor performance: Worms, viruses, and adwares use the phone’s resources to transmit their malicious content. This causes poor phone performance or overheating.

Slow phone: Just like a computer, a slow phone could show that your phone is infected. The best way is to clean it with an antivirus.

Unfamiliar apps and pop-ups: This is very common, especially when using social media platforms such as Instagram. Uninstall any strange app that you find on your app.

How to Remove Malware

Now that we have gone through the warning signs of malware infection, you can be able tell whether your computer has malware or not.

Some malware may be challenging to remove from your computer systems completely. There are, however, a few steps that you can follow to reduce their effects. Check them out:

The first step of solving a malware attack suspicion is to disconnect the system from the internet. You can do this physically by disconnecting your wifi router. This prevents your sensitive data from being transmitted to other online platforms.

Turning your computer into safe mode makes it impossible for the malware to load. Safe mode inactivates the harmful files, making it easy for you to get rid of them.

To enter safe mode, restart your computer and then press the F8 function. Long press it until the window activates the safe mode.

Back up your photos, documents, and videos. This will prevent them from getting lost when you scan the computer. However, do not back up your program files as some infections may be hiding there.

There are many antivirus scanners. You can download one using your friend’s device then send it to yours using a USB drive.

Every malware scanner comes with installation instructions. Follow them and install the program.

After that, clear all the cookies in your browser and ignore the apps that your antivirus software has blocked. Also, if your antivirus has blocked access to some websites, avoid them too. Also, update the operating system of your computer.

Click on the scan option on the program. If your computer has malware infections, the on-demand scanner will inform you that your system is in damage.

The scanning should take a few minutes, or even hours, depending on the type of software you are using. The scan results will inform you if the malware was detected and removed. After the scan, restart your computer.

It’s advisable to try other antivirus programs after the first scan. This will confirm that indeed all the viruses have been removed. If the new software finds additional infections, restart the machine again.

Your window shows a list of all the installed programs. To see them, open the control panel. Click on programs, then programs and features.

View a list of all the programs to confirm that there are no unknown or suspicious programs. You can also update your browser.

The deleted malware could have captured your passwords and forwarded them to cyber attackers. For this reason, you should change all passwords and make them as secure and possible. Repeat the same process when scanning a mobile phone.

What If The Above-Discussed Steps Do Not Remove the Malware?

Using an antivirus to clean the system only works on the standard infections. The above steps may not be effective if your system is attacked severely. It might not also work if the malware has an unknown origin.

An additional way of removing malware from your computer is by utilizing the online malware scanners.

The last option would be to format your system entirely. You will also need to reinstall your operating system after formatting your order.

Remember that antivirus scanners do not stop your computer from getting viruses. They are only used for detection and malware removal. To stay safe, keep your windows updated. Also, ensure that your device has running antivirus software to signal you in case of an infection.

Contact us to get great hosting and domain options. Having been in the industry for a long time, we understand the customer needs. Our products are all tailored to fit your specific needs.